MEL 4EVER is Your New “Internet Crush”

Time lately has been feeling like it’s either going too fast or too slow and everything feels like it’s on methamphetamines. While at the same time, relying on Amazon Prime for next day delivery it seems like we are being forced into this quasi-like universe where the concept of  “I WANT IT AND I NEED IT NOW!” is the new norm, and how instantaneous and gratifying all our experiences can be even when it comes to dating and casual online sexual encounters. (inserts Grindr’s chat notification sound here). 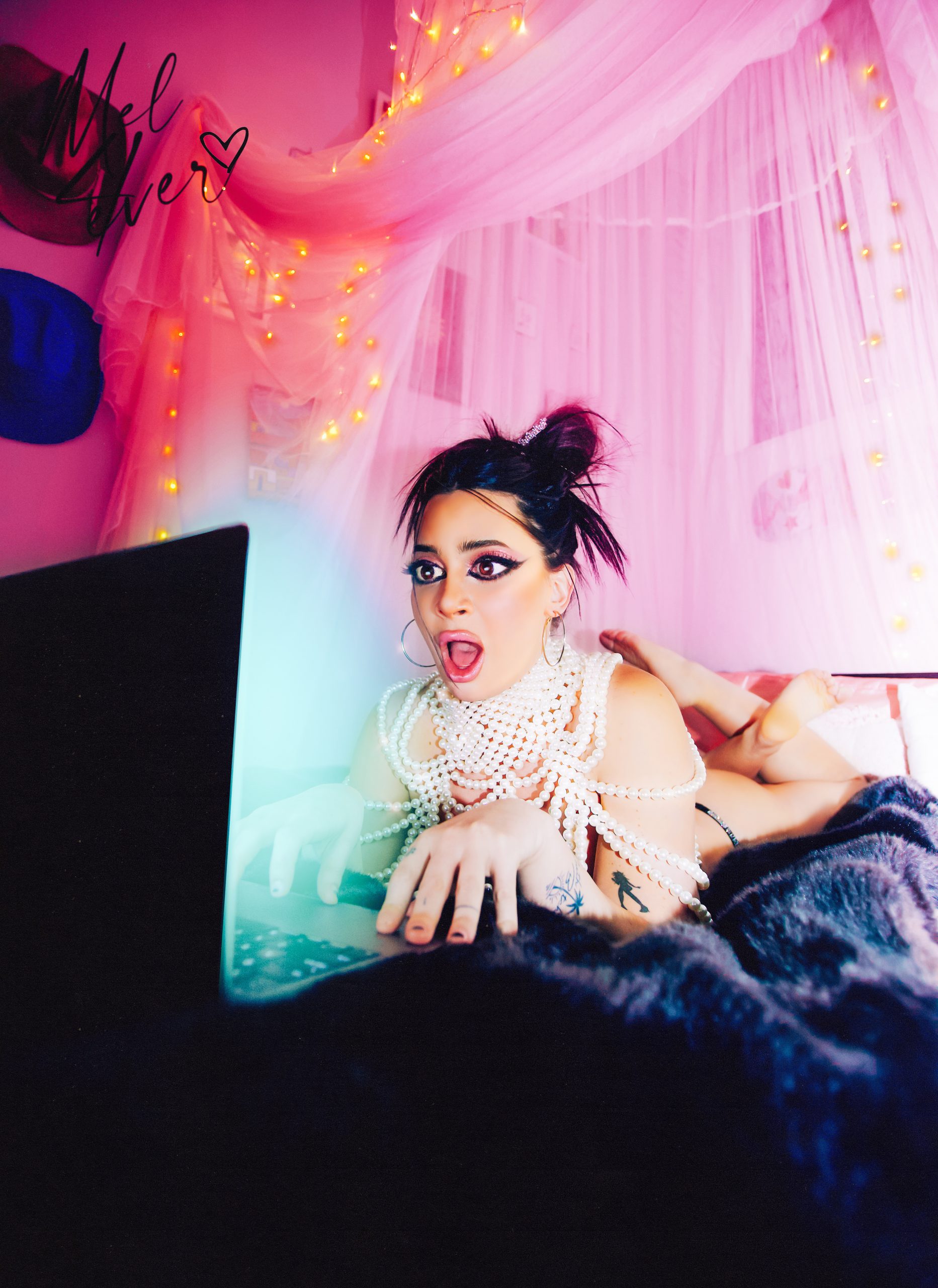 MEL 4EVER first stepped into the scene soon after a post pandemic world when she finally dropped her debut EP Tranic Attack. The exquisite dance EP felt baroque and seizure-inducing. The EP is part reflection and part fantasy. In “About Fashion” Mel takes us through her experiences in finding comfort in the chaos by letting us know that her scars are her fashion and that she is the moment! My favorite track “Jennifer Bodice” has a hypnotic rhythm that feels sensuously dark, rich, eerie and seductive. 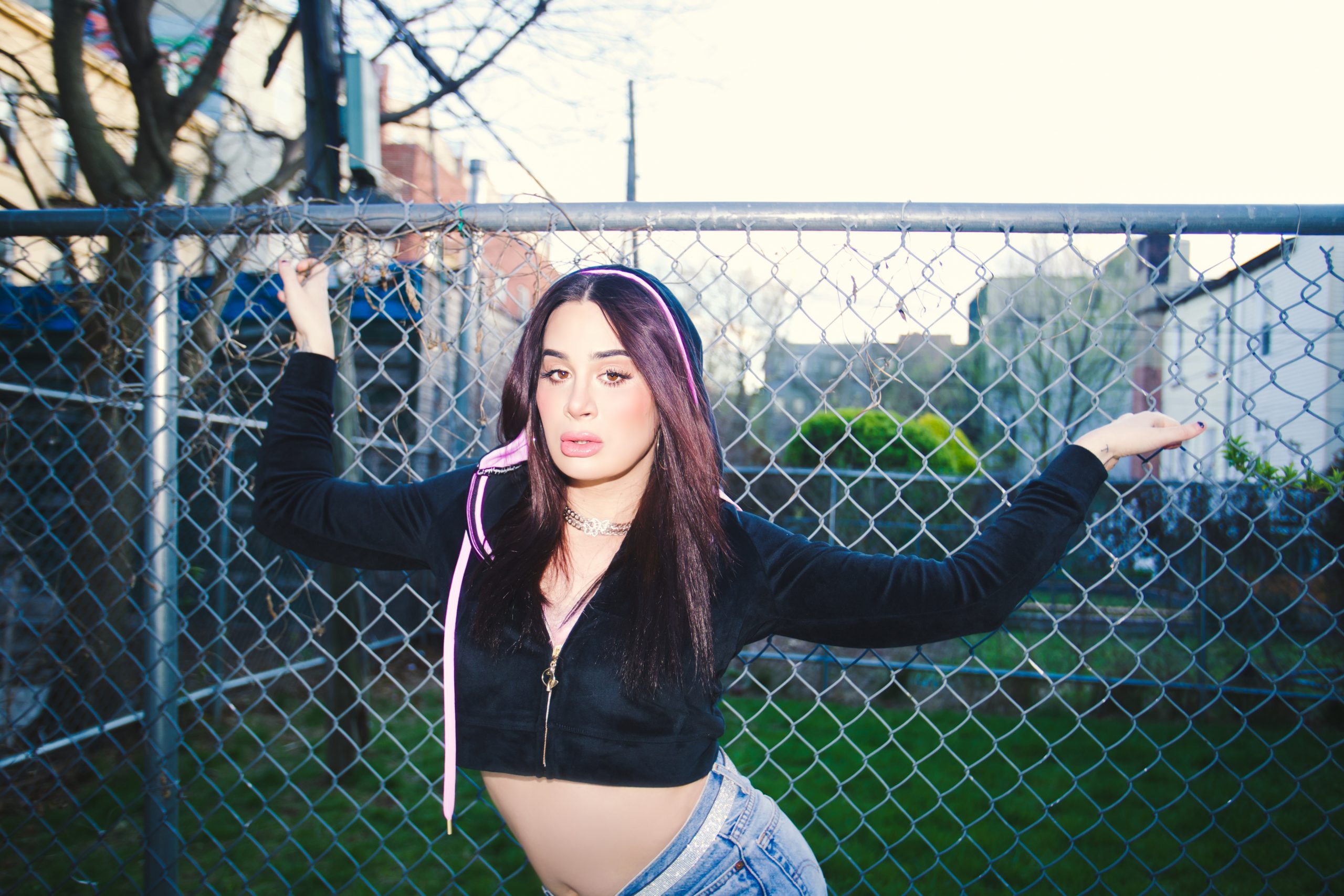 I feel like if you put headphones on a Taylor Swift fan and forced them to listen to MEL4EVER their head would explode and their dick would fall off. 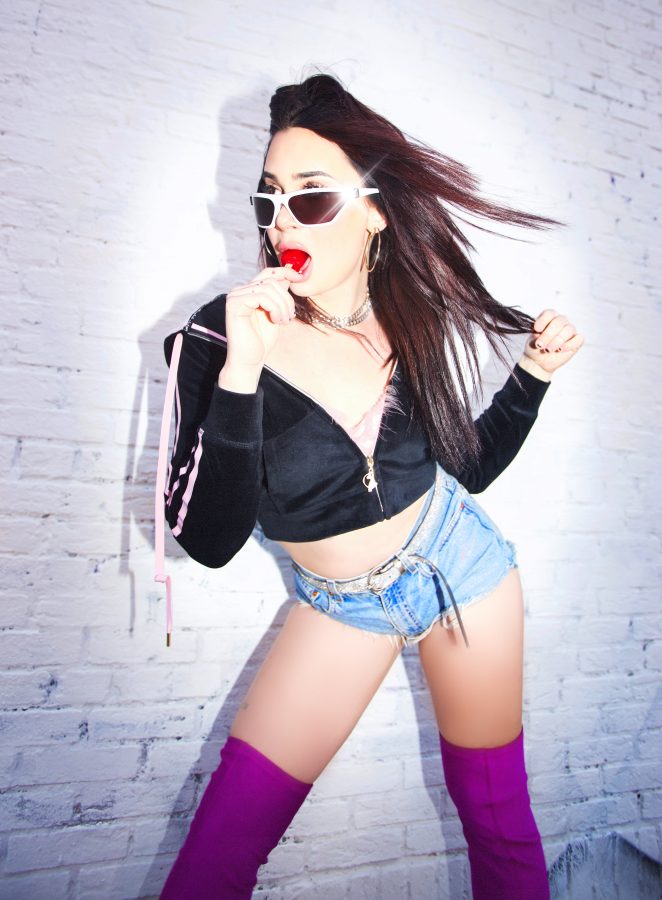 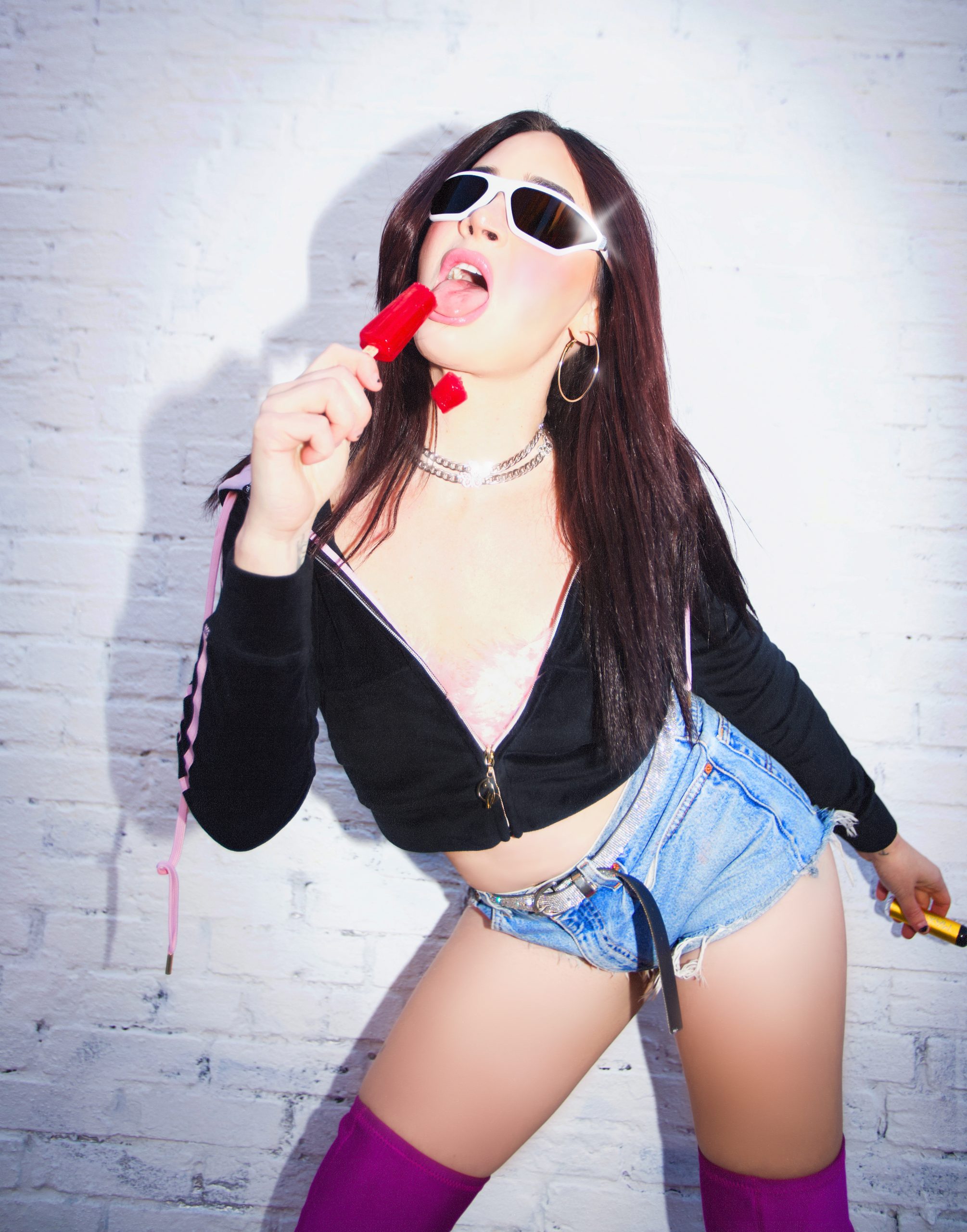 It important to note that though the hyper pop community is composed primarily of queer individuals. The genre’s pioneer, trailblazer SOPHIE has paved the way for the fast-growing genre, resulting in a specific subculture and an impact on queer theory.

Artists like Dorian Electra, Charli XCX, 100 Gecs, and a couple of other artists as well have been inspired and created their own interpretations of the evolving genre. I don’t want to make this about assigning a specific gender/sexual orientation to a genre or subculture, because honestly if it were up to me I’d cancel gender all together and just go based off of music genres, lol. But just like Hip-Hop that was once used to share the stories of injustice of the unheard struggles of the black community, now have poster boys such as Jack Harlow and Post Malone who rap about Xanax and melancholy.

Hyperpop is adjacent to just that, what happens when it becomes too mainstream though? Will it now be a genre represented by faces such as Justine Bieber and Rebecca Black instead of queer/trans icons such as SOPHIE, Laura Les and MEL 4EVER?

It’s personally important for me to highlight this as a means to secure its place in music history and to prevent the possibility of queer erasure. The classic artificial high pitched vocals of hyperpop started because a trans fem artist had gender dysphoria. So to make it clear, Hyperpop is trans culture. Just in case the cis people in the back didn’t know! 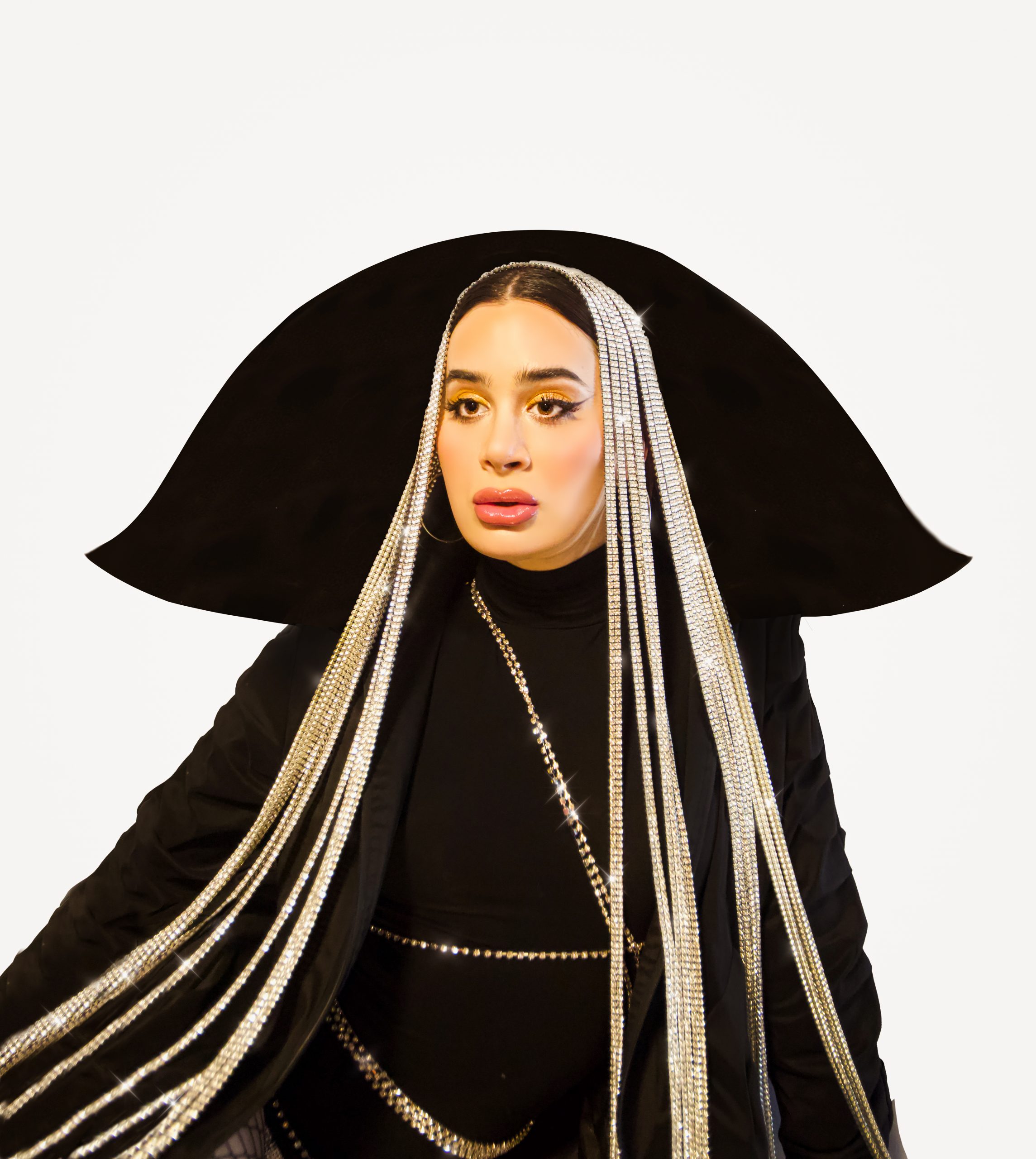 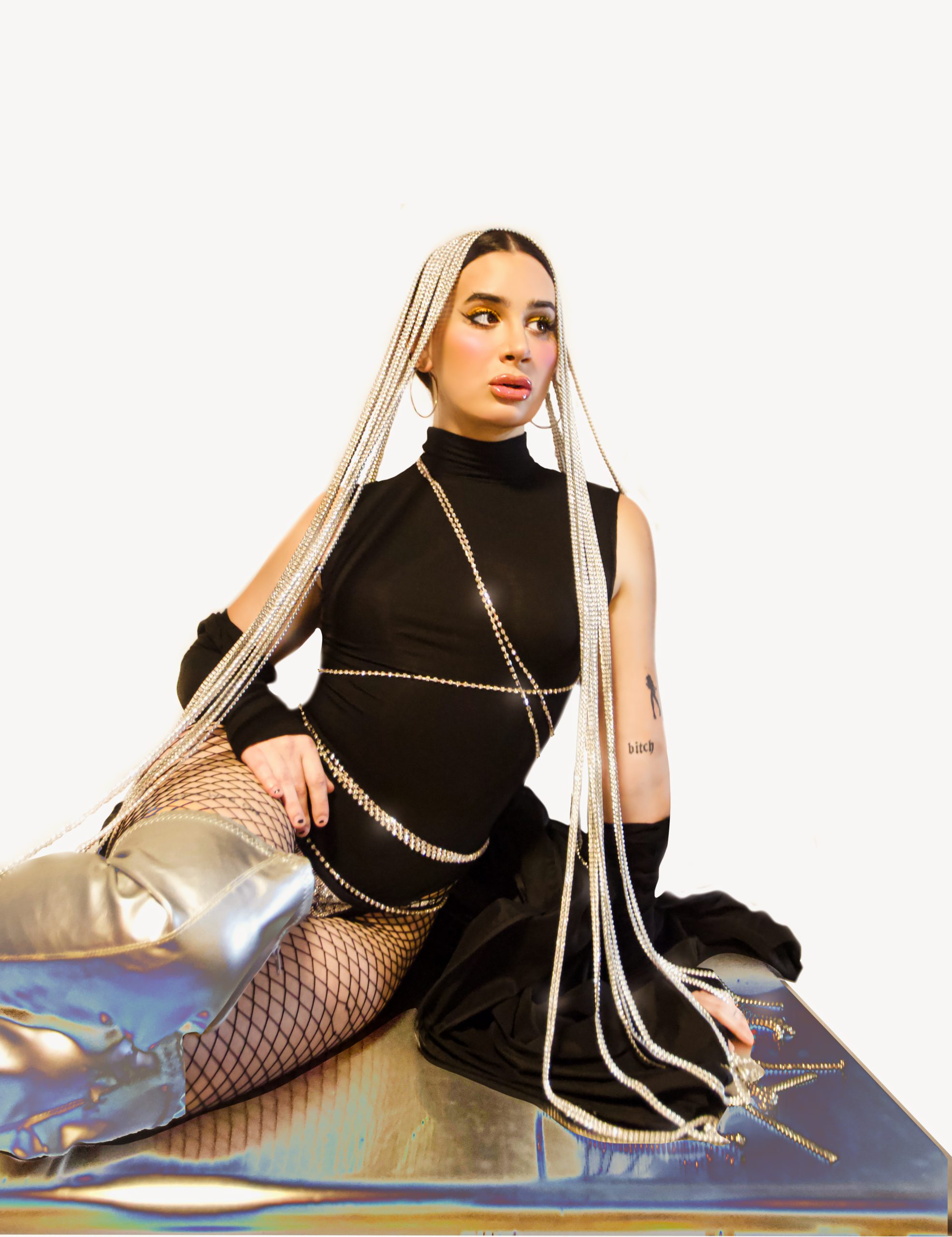 “Internet Crush” is the lead single from MEL’s upcoming sophomore EP due out in Summer 2022.  The music video is nostalgic, sexy, and partially insane.

Internet Crush describes the universal feeling of wanting to be with someone you’ve never met IRL.

Directed by David Sabshon, MEL takes us into her bedroom that feels like a suburban teenage dream fantasizing about her internet boy crushes which include Jon Ali, Travis Chantar, Marc Sebastian, Levi Jackman, and more). Recounting what it would be like to be with her internet crush, partying together behind the Dj booth, or simply doing their laundry. The video takes a psychotic turn when MEL lets us know that her internet crush still won’t follow back. We see an unhinged MEL in a padded room in her signature red hair wearing a straitjacket that is very Crazy 4 U.

When I met with MEL 4EVER there was something calming about their aura that was inviting and warm. While still healing from her recent FFS surgery we got to chatting about her healing process, moving to NY, music, and being a star. 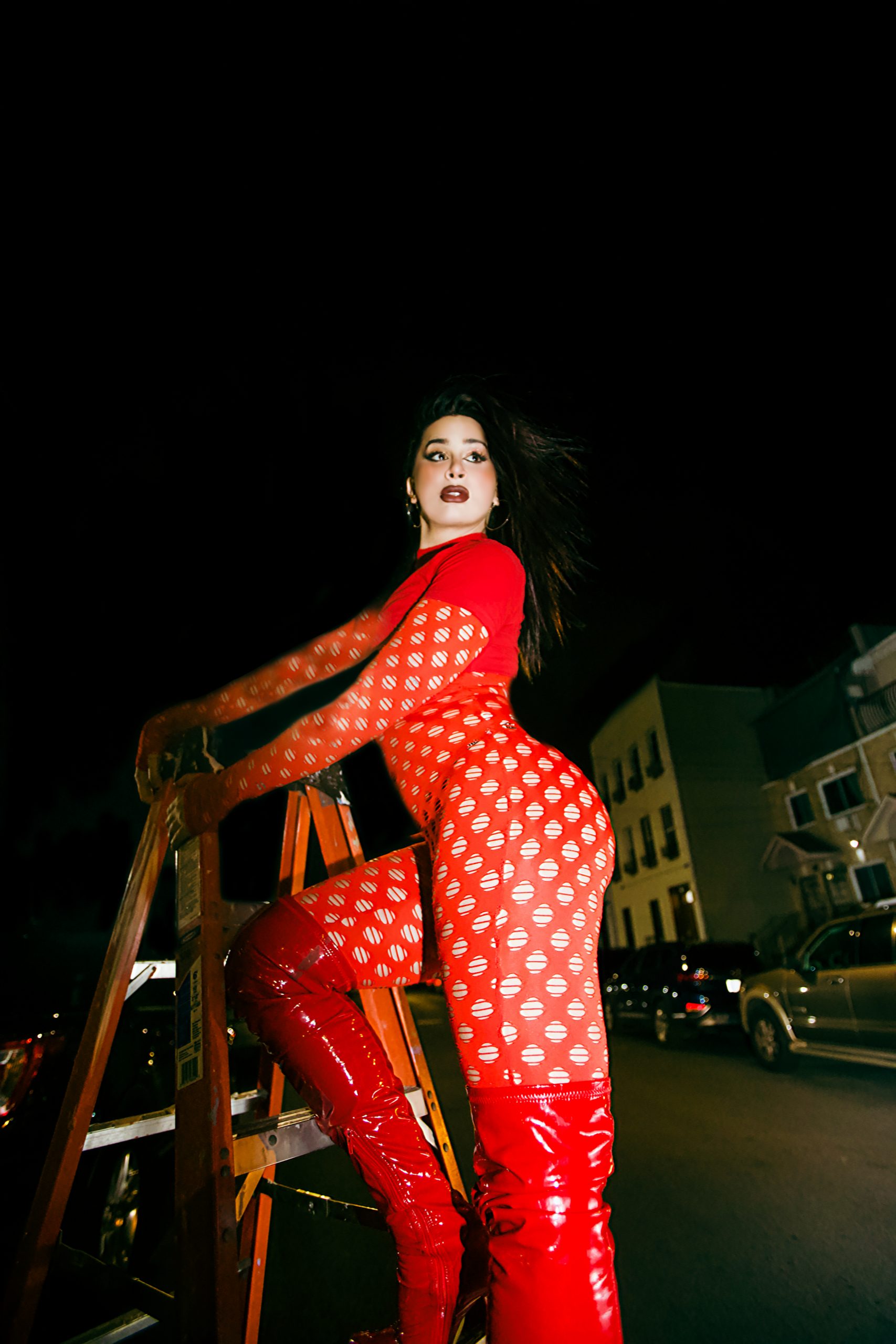 Tell me about life post-surgery and how are you feeling about it all?

Post-surgery life so far has been so exciting. It really does feel like a new lease on life. When I’m in public or walking into a restaurant or meeting someone for the first time, I have an ease about me that I didn’t have before. Not that I don’t look trans anymore- I do and always will- it’s that I feel more confident and secure with how I am perceived. My new face has made life more fun and flirty.

You mentioned you got 13 surgeries all together at once. How was this experience for you and how does it differ from regular procedures?

A lot of girls will get their surgeries in rounds. Some will do the top half first and then the bottom half of their face. Or vice versa. I really just looked at my doctor at my consultation and was like “let’s fucking do this – get rid of it” and that’s what he did. Not just a nose job and my forehead, it was my jaw, cheeks, chin, the entire face reconstructed in 6 hours. The recovery was just very intense so I’m not sure I would recommend it for everyone but I am happy with my decision.

You spent a lot of time resting. Were you able to get creative all while in bed?

Yes. Honestly, I couldn’t wait to get back to work. At the two-week mark of recovery, I went back to the studio fully bandaged and started working on new material. I was only in bed for a couple of weeks. again NOT recommended but oh well lol

What is your advice for anyone trying to undergo this process?

Be as gentle with yourself as possible and don’t listen to what other people say- do it feels right for you. It’s your face, your decision. And surgery is fierce.

What was the creative process for “Internet Crush”

The inspiration started from a late-night spiral about a gay man. I decided I was in love with him when I saw his Instagram but knew I didn’t have a chance and that freaked me out. I lived as a gay man for six years and that transition from gay man to trans woman was trippy for me. All of a sudden my sexual pool of partners changed and I was frustrated. Because I wanted to be with this person and kiss. I wrote the lyrics very quickly on my notes app and then I took it to my friend Tor Miller and he and I wrote it on a piano together. Then with our producers, Gabe Simon and Jackson Hoffman, we turned it into this hyper-poppy lullaby.

“Internet Crush” is the lead single from your upcoming sophomore EP, how is this record different from your past?

IT’S SO MUCH BETTER. It’s thought out. It goes deeper, it’s personal and way dumber. If you can imagine. My co-writers Tor Miller and Jackson Hoffman worked soo hard on these songs. They all have their own life and story. This next EP is closer to who I am sonically.

Describe what hype-punk pop means to you and why did you choose this evolving genre?

I guess I fell into it. I had a lot I wanted to say and I knew I wanted my sound to be loud and outrageous. That’s what was in my mind. I think as a trans-woman my vocal dysphoria informed my sound a lot, I love playing with distortion and I think that dropped me in the “hyper” genre.

Your career started at the beginning of the pandemic. Was it an advantage or disadvantage?

Advantage. I needed that time away to get to know myself. If I hadn’t gotten so fed up with what my life was starting to look like, I’m not sure when I would have started music. It was kind of a hail mary- I was like WELP I don’t wanna do anything else in the world so here goes nothing.

How was it for you to perform as MEL 4EVER for the first time?

This sounds cheesy, but that was the day I started living my life. It was almost as significant as starting hormones, those moments kind of became the culmination of a turning point for me. It was a moment where I said to myself “there’s no turning back”. It was everything I had ever dreamed.

What would people be surprised to know about you?

I was once in a fraternity… like a full-on frat situation in college. It was so hardcore.

Charli XCX, Caroline Polacheck, and Slayyyter are all on the same track.

I have a PRIDE show at Elsewhere on June 23rd!! And my sophomore EP coming out around that time. I’m sooooo fucking pumped the new music is so much better lol.