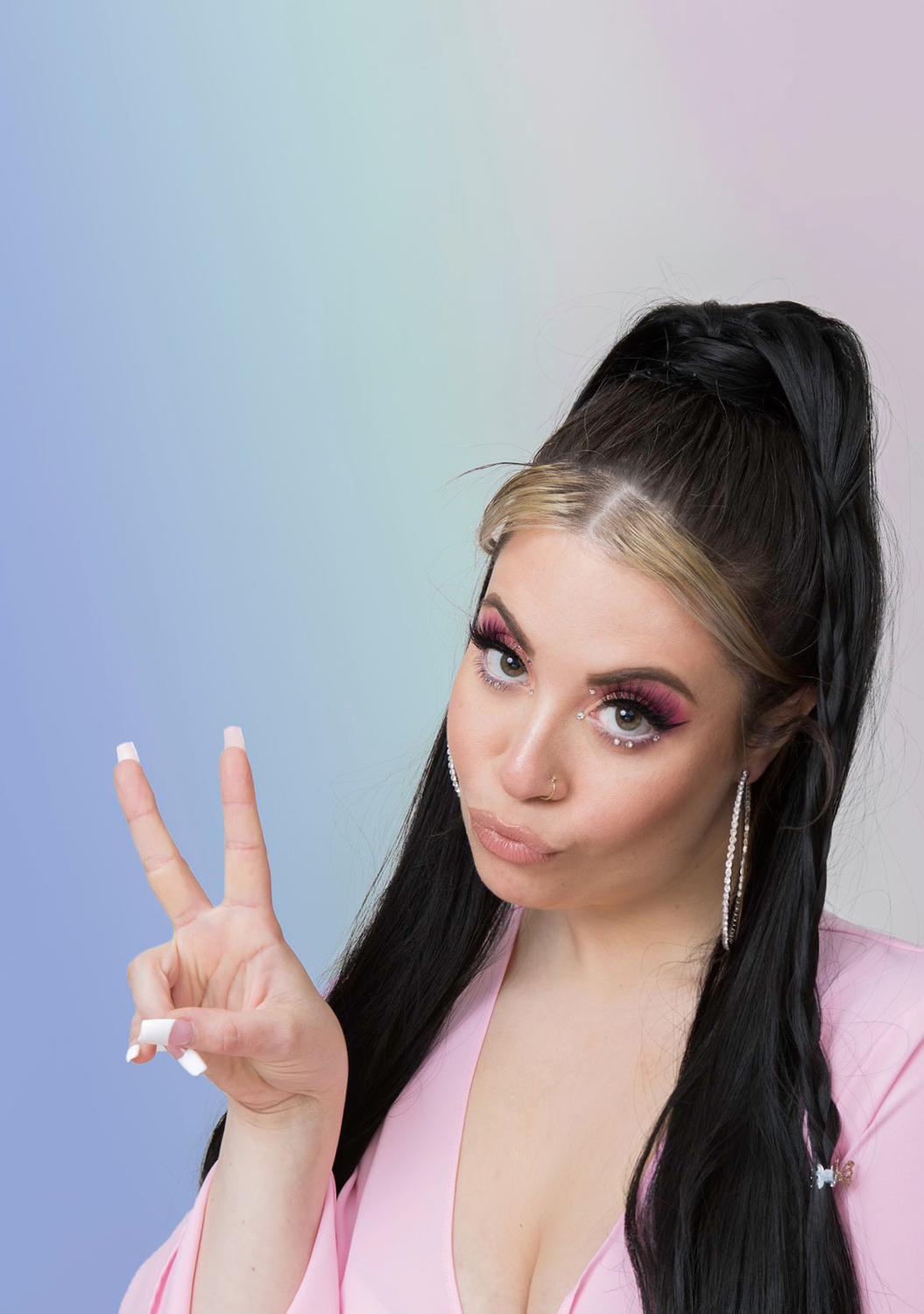 Rochester-bred indie music act KOPPS are done trying to live up to unforgiving beauty standards–especially at a time when the world is evolving and priorities are changing.

With funky new single “U.G.L.Y.,” the artist project led by vocalist Patricia Patrón pokes fun at our beauty-obsessed, aesthetics-driven world. The song starts with high-strung energy, with lyrics pushing back against traditional molds and declaring “ugly” as beautiful.

Electro-pop and synth beats drive the track, where the group goes less alternative-rock and more electronic. It’s perfect for a dance solo at home where nobody is watching and where judgment is left outside the door.

Patrón says “U.G.L.Y” was inspired by long sessions of scrolling through feeds flooded with people on a quest for perceived perfection. It wants to headbutt the notion that you need to be perfect just to have a good time. The track, produced by Alan Wilkis, comes ahead of the band’s new EP KOPYRIGHT, out later this month.

We caught up with Patricia to discuss the new single and how she’s coping during lockdown. Check out the Q&A:

“U.G.L.Y.” is a fun dance track with a bigger message behind it. Can you elaborate on the point you were getting across while writing the track?

Like most of the music we make, we are kind of poking fun at a cultural phenomenon. We do that a lot. This time it’s aimed toward this situation where people are striving more and more toward physical perfection at any cost, even accidental physical mutilation. There’s almost an Instagram “look” going on atm where everybody kind of has the same key features on their faces and it’s normalized. At what point does this feel kind of creepy and robotic? It’s like a sea of the same person walking around a la Real Slim Shady, which is undeniably strange and was definitely an inspiration for this tune. In some way, the majority of us fall victim to being influenced by these standards because they are constantly in our faces. The overarching point is to be able to flaunt your gritty, authentic, primal-self once in a while and experience joy despite your imperfections…which ultimately make you unique.

During this global pandemic, you have done a few virtual performances. Do you think these will continue once we begin to recover from this crisis?

This pandemic has shown the full tilt will of musicians to continue to share their art by any means possible, which has been amazing/inspiring to see. Although nothing can replace the energy I feel when I have people in front of me exchanging that emotion (and bodily fluid,) this experience has made me realize that I could be doing more to reach fans that might be unable to make it out to shows for any variety of reasons- so I likely will try to do more performances online, especially when touring is not an option for other reasons besides the pandemic.

What are you doing to maintain connections with fans while not be able to be on the road?

We have a Patreon that our superfans are a part of and it’s a bit more personal and consistent than our other socials, so I have been encouraging people to hop on that if they miss us! We have chats on there and check-in with each other, so that’s been cool. I have also consistently been doing live interviews with other artists where we take live callers, so I get to speak to fans on the phone in real time as well as introduce them to artists that I think they would like. I do a LOT of dminDMing with our fans also, they constantly talk to me, so I do think holding the connection has been OK.

What will be the first venue you’d like to play as soon as it’s permitted?

I would like to play my favorite Rochester, NY venue, The Bug Jar. It’s the first place we ever played and we helped to raise money for the venue during COVID, as they have struggled to stay open at times and this has further exacerbated that. It’s a great place and they treat their artists respectfully, and I’m hoping that they can make it through this period. There’s nothing quite like a hometown show, as cliche as that sounds.

Has there been anything in particular that has kept you inspired in these last few months and how have you been staying motivated?

I have to be honest, it hasn’t been easy. Playing live is the bread and butter of KOPPS besides the music itself. It is an extension of the music in every way and I always say you won’t fully “get” us as a band until you’ve seen a show. Everything else we do is in support of that, so it’s been difficult at times to feel continually inspired knowing we may not be on stage for over a year or more. Luckily we have an EP called KOPYRIGHT coming out in late July, and that is keeping me going for sure. We haven’t released a compilation in quite some time, so it’s pretty exciting. We also have new music aimed for 2021 that’s been done for a bit, and putting those songs on can light a fire under me at times and get my blood pumping. It makes me feel like there are good things coming in the future at a time when that’s hard to see. I’m having a bit of writer’s block at the moment but usually, that can be followed by a period of productivity- so fingers crossed! Also, don’t beat yourself up if you’re going through this as well…this is a global crisis, after all. 😉

If you could quarantine with one artist, who would it be and why?

Most DEFINITELY Prince because I’m certain he would teach me so much, we would probably make a ton of music, and he would force me to be creative every day whether I wanted to or not. Oh, and we would definitely dance in puffy shirts which is a favorite pass-time of mine.